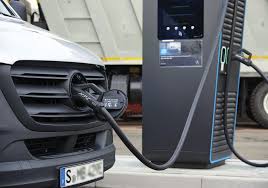 Ownership of electric vehicles in the UK is set to boom over the coming years and is already taking off. That is apparent from the number of EV chargepoints located across the UK now, which stands at in excess of 35,000 in more than 13,000 public places, exceeding the number of petrol stations.

The pace of growth

According to EDF Energy, there were an additional 7,000 chargepoint connectors introduced to the UK in 2020, with the biggest number being the new 150-350kW ultra-rapid chargers. These rapid chargers can charge most vehicles to 80% capacity in between 20 and 40 minutes, subject to the battery size. In late March, 2021, it was announced that further expansion of this network would take place, following an agreement between bp pulse and the EV Network, who pledged to further develop the existing convenient ultra-rapid charging infrastructure across the country. In a press release, it was stated that “The agreement is understood to be one the largest of its kind in the UK and represents a major step forward in the roll out of national public charging networks. “The national EV charging station roll out for bp pulse will include state of the art ‘hubs’ of between six to twelve chargers, as well as the next generation of ‘e-forecourts’ with up to 24 ultra-rapid chargers (300kW) with on-site solar PV and battery storage systems supplied by Leclanche SA. The e-forecourts will have both retail and convenience facilities for drivers while they are waiting for their cars to be charged.”

Where can I charge?

Whilst the network structure is still evolving, there are currently thousands of free or pay to use electric car chargepoints situated conveniently in hotels, public car parks, shopping centres and supermarkets, as well as at service stations. This is making it far easier for EV drivers to travel longer distances, as the opportunity to charge the vehicle is never far away. However, many of these chargepoints have restricted access, such as a set period of time or a need for the user to make a purchase in-store. For a list of public chargepoints for electric vehicles, visit Zap Map.

There has never been a better time to purchase an electric vehicle and a home EV chargepoint. The UK Government will, in many cases, offer funding help towards the purchase of both and offers a number of further tax and exemption incentives. With so many interim charging points available along your journey, there is little to stop you enjoying the benefits of going electric.

Contact Romatech today, for help with your home chargepoint and installation.