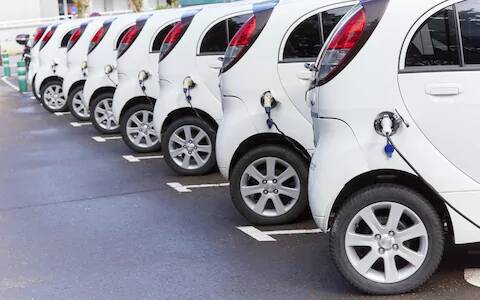 How UK take up on EVs compares with other countries

In March 2021, the Society of Motor Manufacturers and Traders (SMMT) reported record sales for electric and hybrid cars in the UK.

Clearly momentum for electric vehicle ownership is gathering, but how does the UK compare to other countries?

The UK Government is banning the sale of new diesel and petrol vehicles from 2030. At the time of writing, that gives nine and a half years to transition. However, in Norway, the government is targeting transition to 100% EVs by 2025.

Comparing the number of electric car charging points, the number of EVs on the road and the ratio of population driving electric vehicles, the report showed Norway to have just 18.9 people per electric car, the strongest take up of any nation.

Norway’s trailblazing results can be attributed to a number of Government incentives and benefits which include reduced purchasing prices for EVs and road tax. Owners of Electric cars in Norway also pay at least 50% lower parking and toll road charges.

Whilst the UK figures leave room for improvement, momentum continues to grow as the UK population finds its appetite for Electric Vehicles.

The UK figure per head is considerably better than several other European countries, including Turkey (54,959 people per EV) and Greece (19,108).

UK population per EV compared to top and bottom 5 countries:

In February 2021, Avto Wow revealed the results of a separate study into electric vehicle market share by country, conducted in 2019 and 2020.

The USA figured in 18th place, with 2.1% of market share, although this varies from state to state and in California, it was 8%.

Slightly better was Canada, with 3%, just behind Belgium with 3.2%.

This data indicates that the UK is still behind France, Germany, Portugal, Hong Kong, Denmark and Finland.

But the Scandinavian countries have had the biggest take up of EVs, with Sweden reporting 32.2% market share, Iceland a whopping 55% and Norway once again leading the way, at 74.7%.

The Norwegian Government has set higher taxes on fossil fuels, which has perhaps served as a catalyst for the public to go electric.

Exciting times for electric cars in the UK

As 2030 looms large, the UK’s automotive market is likely to look very different to today. It is already hard to avoid television and radio advertisements for electric vehicles, while the number of public and private chargepoint installations has increased dramatically and continues to do so.

There is a sense of inevitability that the electric vehicle is the future in the UK as it follows the lead of other countries, towards lower carbon emissions.

Looking to install a chargepoint? Contact us today to discuss your options.